The Harman Family Bluegrass Band presently consists of first and second generation musicians with deep musical roots dating back to 1975.

Mark Harman age 31, Jeff Harman age 29, and John Harman age 23 have performed professionally for many years.  People have had the privilege watching them since early childhood excel in their musical talents.

Mark and Jeff, as well as their father Mike, have won and placed in various talent and band contests throughout the country and performed at the renowned Station Inn, Nashville, Tennessee.

The Harmans recorded and produced their debut CD Continuous Play which was released in August 2004. In January 2006, the Harmans released their second CD entitled Garden in My life, penned by the late Harley Allen, one of Nashville’s well-known songwriters in country and bluegrass circles.  Featured on this CD are great bluegrass musicians such as Alison Krauss, Mike Cleveland four-time world fiddle champion and Jeff Guernsey, a nine-year veteran of Vince Gill’s Band. In 2008 the Harmans released two more CDs – All Prayed Up is the first all-gospel recording with guests Stuart Duncan on fiddle and Brent Truitt on mandolin – Timeless and True with guests Stuart Duncan and Michael Cleveland, both on fiddles, Brent Truitt on mandolin, and guest vocalist Alison Krauss. In 2011 the Harmans released, The Auctioneer, with guest vocalists, Alison Krauss and Mo Pitney, also featuring fiddle player, Jim VanCleve, and dobro player, Randy Kohrs. In 2016 The Harmans released their most recent album In the Time that You Gave Me, with guest vocalists Alison Krauss and Mo Pitney, featuring fiddle player Jim VanCleve.

The Harmans music style ranges from traditional to contemporary bluegrass, country, gospel and various types of music.  “Entertaining you is our goal and is as much fun for us as the music we play.”

Mike was a Rounder recording artist and a member of the Alison Krauss Union Station Band from 1986 to 1990. During this time, Mike performed on the Grand Ole’ Opry and recorded on the Grammy nominated Two Highways album and on the platinum seller Now That I’ve Found You-A Collection by Alison Krauss.

The Harmans host a variety music show which includes popular bluegrass bands from across the United States at their Harman Auction Center on Highway 16 in Shipman, Illinois.  Shows are presented the first Saturday of each month from November through April. Show time is 7:00 p.m.

The Harmans celebrated their 40thyear of hosting the Lewis and Clark Community College Bluegrass Concert in 2018, held every January since 1978 to sell-out crowds.  The show originated with the first-generation talents of Mike, sister-Lori, and brother-Bull, and continues today with the second generation.

We are sure you will be pleased with the professional appearance, showmanship and musicianship of the Harman’s.  We will make every effort to please all age groups represented at your festival, church or musical function. We hope you will consider us for your next entertainment event. 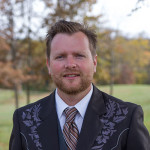 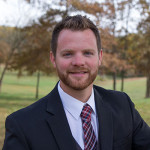 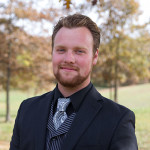 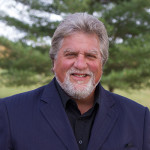 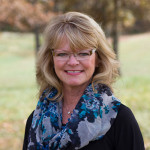 Designed by Live Your Life, ink. | Copyright The Harmans Bluegrass 2022